Who do you identify with? 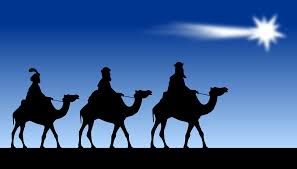 Honestly, I don’t understand why people of all ages dressed like their favorite Star Wars character the past couple of weeks. Even though it indicates I’m “Star Wars challenged”, I must admit I’ve never watched an episode of the series. Maybe I will at some point because my lack of exposure is not due to any negative impressions about the blockbuster.

The reason I even refer to it is because of a parallel to the biblical story of the birth of Christ. Now, before jumping to conclusions, remember you could put what little I know about those movies into the smallest e-book ever written.

The parallel I see is the way people identify with a character in stories we read, or watch on TV, or see at a theater.  We certainly have favorite sports figures we’d like to emulate. It’s just a human thing, I guess.

So, I’m guessing most of us who attended church and/or a Sunday School class yesterday took a look at the narrative from either Luke’s or Mathew’s gospel. No matter which you read there was a set of characters involved. I think it’s interesting to give some thought to which of those characters we’d like to emulate. I don’t plan to dress like any of them anytime soon. But, if you’re into that kind of thing, go ahead; knock yourself out.

For this post, let’s look at three characters. Actually, there are four, but two of them are alike enough to be counted as one.

Keep in mind, everyone was free to choose how they reacted to the miraculous Birth. But, people are people and people react differently to pretty much any event. ( Remember me and Star Wars movies).

I put these guys together even though they appear in separate gospels. The thing is, they took the birth of Jesus seriously. They were so in tune with what was happening, they sought Him out, found Him, and worshiped Him.

Besides all that, they weren’t supposed to play a part in religious history because they either were Gentiles or the lowest class of citizens of the day.

2. The religious leaders of the day.

When the wise men arrived in Jerusalem and asked the scribes and Pharisees about where the Messiah would be born, they got nothing but the facts which they knew from years of studying Old Testament prophets.

Those guys were only 5 or 6 miles from where the long anticipated Saviour of the world had just been born.

They had all the knowledge they needed and then some. But, apparently their spiritual sensitivity was quite out-of-order.

Talk about a terrorist! This guy frequently murdered people including wives and sons as soon as he perceived them as threats to his authority. By the way, that authority was questionable from the beginning.

This character tried, unsuccessfully, to deceive the wise men. then he attempted to eliminate Jesus by ordering his men to murder all male children in the province under two years old.

Are these characters still around today?

Of course, they are still around! The names have changed, but the characters are alive and active as ever before.

Warning: Use the Bible as a mirror instead of a camera. It’s far more useful to evaluate  ourselves and leave judgment of everyone else to our sovereign God.

These are the ones worth emulating.

Education and knowledge only help those who begin with enough faith to take God seriously in the first place.

God takes seriously those who take Him seriously. He went to cosmic proportions to guide the wise men to Jesus. He sent a host of angels to announce the news to a small group of shepherds.

God is not limited in how He lets people know what they need to know when they take Him seriously.

Religious people who miss the obvious.

This is the scary one for people like me who’ve been in church for a long time.

It’s so easy to pile on more and more biblical knowledge. It becomes easy to get in the habit of avoiding “bad stuff”. And, oh my, it’s easy to see the faults of people not like us.

But, it takes intentional action to follow Jesus’ command to abide in Him, remember that without Him we can do nothing, and keep our spiritual sensitivity sharp.

God is sovereign. God is still active on planet earth today. Have you recognized His work around you lately?

People who want to destroy Jesus.

Let me state the obvious right up front. Islamic radicals are on a rampage to destroy Jesus. We know they will not succeed. Still, innocent people will continue to die as a result of the battle between good and evil until Jesus returns.

If you think about it, we’re all familiar with examples of more subtle and less aggressive attempts to destroy Jesus. “Political correctness” comes to mind. Who are these people making decisions about what a person can or cannot say? Outlawing the phrase, “Merry Christmas” for Pete sake. Are you kidding me? No more nativity scenes around public buildings? Come on, man. Football coaches getting fired for leading prayer after games. If these are not attempts to eliminate Jesus, then somebody please explain to me what they are. 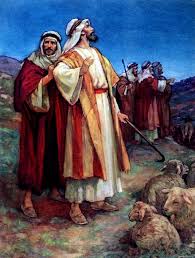 I don’t know about you, but I’m praying for faith and grace enough to consistently be like the wise men and the shepherds.

Maybe you’ve read this post and you’re sensing a tug to react the way the wise men and the shepherds reacted to Jesus. It’s not too late! God’s still announcing the good news and  offering you an opportunity to know Jesus personally. Begin by asking God to introduce you to Jesus. When you meet Him, you too will worship Him.

Imagine yourself slowly passing a long 18-wheeler on an interstate highway, and you notice it’s an Alias Van Lines truck. Next thing you know, you’re wishing you could see inside and get some clues about the family involved. Where are they from? Where are they headed? Why are they moving? Sure wish I could know their story. Every family has a story, right? Think of docsology.net as that moving van. The good news is that you are invited to look inside and look around. Open the boxes marked Faith, Family, Finances, Fishing, Furry Friends. There’s even a surprise box marked Random. Inside each box you’ll find a variety of carefully wrapped treasures. Some you will find to be inspirational. Some with a definite educational slant. And yes, often you will unwrap a downright intimate look into one of those passions that have shaped a lifetime. So, come on in and help yourself. The treasures are created for people like you to inspect, handle, and critique. That’s why we’ve made it easy for you to comment. Of course, it’s all free, but if you want to leave a tip, do that by passing docsology.net along to your friends on your favorite social network. Another place to find me is www.StevePearsonInk.com
View all posts by drpearson3 →
This entry was posted in FAITH and tagged Jesus, King Herod, shepherds, Wise men. Bookmark the permalink.