How to clone yourself the old fashioned way

Now that the cloning of animals is a reality, people are thinking about doing the same with people, too. The thought of that raises a boatload of questions better suited for another post.

While we aren’t cloning people just yet, the fact is, our influence will show up in generations that follow us long after we’re gone, even without cloning. Of course, that can be a good thing or a bad thing.

The point of this post is to remind dads and granddads of the incredible opportunity we have to cast a positive influence across several generations to come. 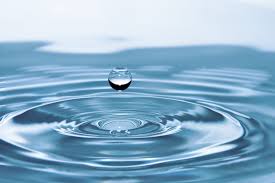 Our lives are much like what happens when we toss a rock into a pond. After the splash, ripples move out from the impact in all directions. As dads, we make lots of splashes into the lives of our kids. Unlike a rock in a pond, the ripples we make as parents can be good ones or bad ones. The cumulative effects of those splashes create a powerful force on the generations that follow us.

When I was a kid I fell in love with archery. My favorite bow was a laminated recurve which is about as close as you can get to a primitive weapon. Unlike compound bows, there are no pulleys to aid the draw, and no sights to augment your aim. Hitting a target with a recurve bow comes with some instinct and a lot of practice. One of the things I learned from that recurve bow is the effect the direction of the arrow has as it clears the grip. The longer the shot, the farther the arrow will drift away from the target unless it’s aimed dead center upon release.

It’s up to us to send our kids off on a trajectory that gives them the best chance to hit the target of useful and fulfilling lives.

Joshua is the name of a fascinating Bible character and the name of the sixth book in the Old Testament. You can read through it in less than a month by reading one of the 24 chapters a day.

Chapter 7 describes a time when the Israelites took a dive downward because of the actions of one man. The preceding chapter tells the familiar story of how the Israelites fought the battle of Jericho.

But, at the end of that famous battle, a rebellious man named Achan disobeyed God’s direct command to put all the plunder into the treasury of the Lord. None of it was to be taken by any individual. Secretly, Achan took some of the gold, silver, and clothing, then hid them in the ground underneath his family’s tent.

Soon afterward, a confident Joshua sent a small army of soldiers to another city, expecting a similar victory. However, those men were routed and chased back to camp. A distraught Joshua petitioned God to help him understand why this defeat happened. Eventually, Achan and his actions were exposed as the cause for the defeat.

It’s not surprising to read how Achan’s punishment was death by stoning. After all, his actions had cost the lives of some of Israel’s finest soldiers. It’s important to note that it seems his entire family, including his children, were subjected to the same fate.

No matter how we may feel about the punishment they suffered, it’s clear that Achan’s selfish and rebellious actions had a profound effect on his children.

This biblical account stands as a stark reminder of the powerful influence dads exert on future generations.

Jonathan Edwards and Max Jukes lived at about the same time early in the eighteenth century. But, the similarities stopped there because they lived very different lives. The difference between the descendants of each man is amazing.

Jonathan Edwards was a Christian pastor who, along with his wife Sarah, taught his children biblical principles. His descendants included:

Max Jukes earned a reputation as a hard drinker who avoided work and had no use for Christianity. His descendants included:

It’s a sobering thought to realize the potential power of our actions upon generations that follow us. It’s also exciting to consider the influence for good we dads and granddads can have by living lives of integrity based on biblical values. Such a lifestyle earns the right to teach and train those values which will likely be passed on to each generation.

One last thought is important. People who inherit a negative family history can break the cycle and influence future generations in a positive way.

Imagine yourself slowly passing a long 18-wheeler on an interstate highway, and you notice it’s an Alias Van Lines truck. Next thing you know, you’re wishing you could see inside and get some clues about the family involved. Where are they from? Where are they headed? Why are they moving? Sure wish I could know their story. Every family has a story, right? Think of docsology.net as that moving van. The good news is that you are invited to look inside and look around. Open the boxes marked Faith, Family, Finances, Fishing, Furry Friends. There’s even a surprise box marked Random. Inside each box you’ll find a variety of carefully wrapped treasures. Some you will find to be inspirational. Some with a definite educational slant. And yes, often you will unwrap a downright intimate look into one of those passions that have shaped a lifetime. So, come on in and help yourself. The treasures are created for people like you to inspect, handle, and critique. That’s why we’ve made it easy for you to comment. Of course, it’s all free, but if you want to leave a tip, do that by passing docsology.net along to your friends on your favorite social network. Another place to find me is www.StevePearsonInk.com
View all posts by drpearson3 →
This entry was posted in FAMILY and tagged cloning, dads, descendants, generations, grandads. Bookmark the permalink.